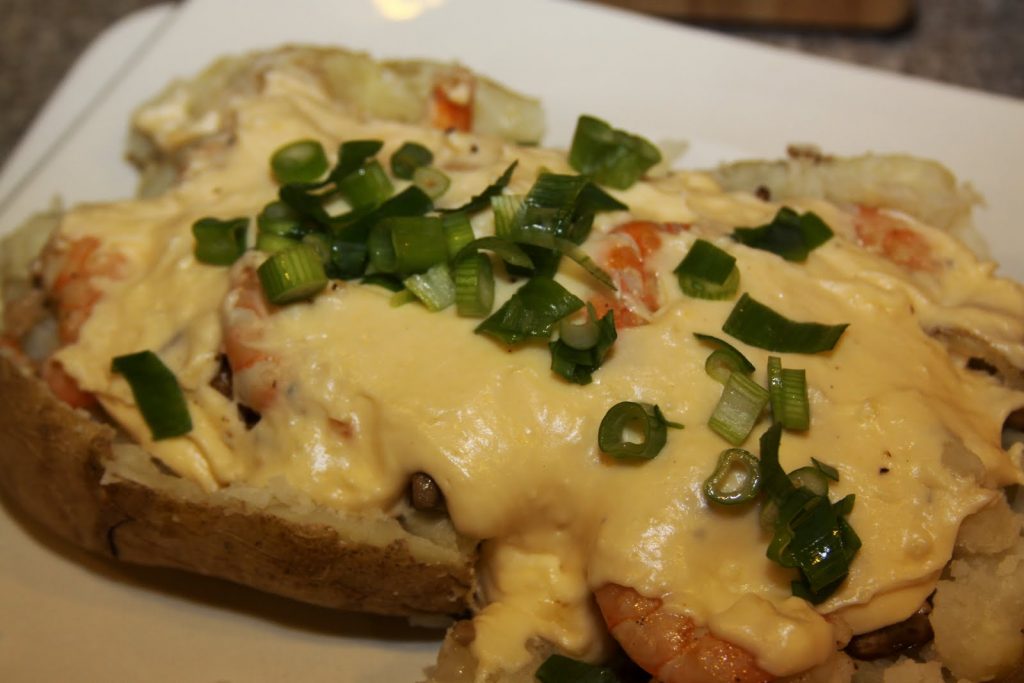 When I was a teenager my first job was at McAlister’s Deli in Destin, FL. I actually ended up working there until I was 21 and the general manager! Anyway, they have fantastic food, especially their Mega Sweet Tea, Chocolate Chip Cookies, secret recipe Honey Mustard, and HUGE two pound Spuds. People used to ask me how we found potatoes that big and I’d always say they are special Idaho Potatoes! Truthfully they are 2 potatoes put together to make a monster spud!

So my love of spuds comes from my good ol’ McAlister’s days but the inspiration for this recipe was from another restaurant back home, Fudpuckers. Back in the day, Fudpuckers was a cool seafood bar but now they’ve turned into a touristy restaurant with fried, bland seafood and a gift shop bigger than the eating area. But they still serve my favorite dish from long ago, the Fud Spud which was my inspiration for Spectacular Seafood Spuds!
Ingredients:﻿
Steps: 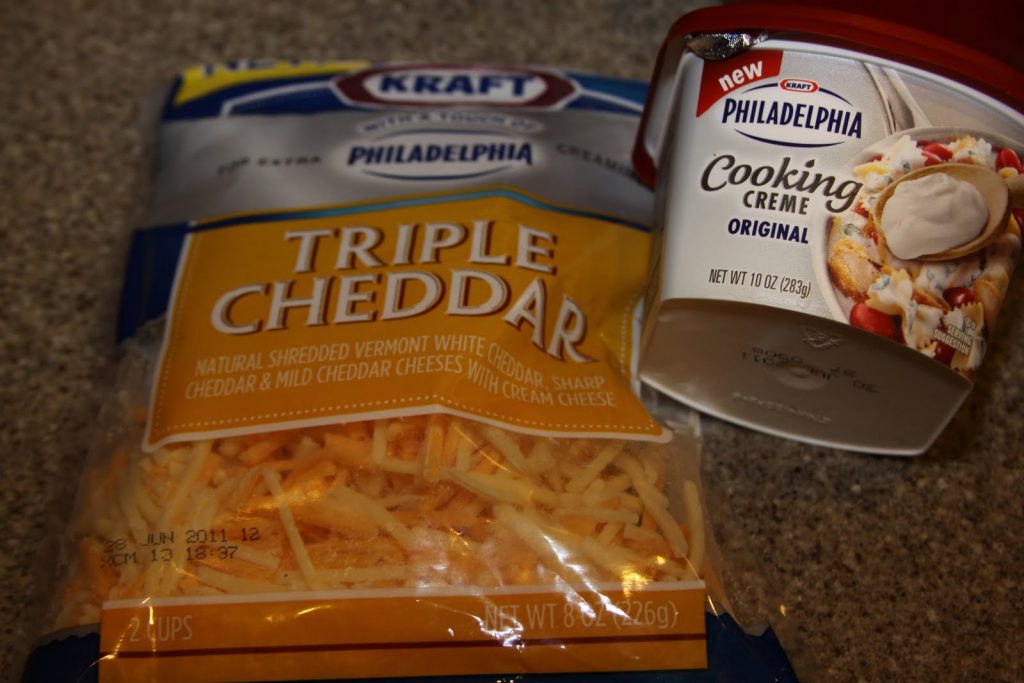 Our star ingredients for the Philadelphia Cream Cheese Contest. 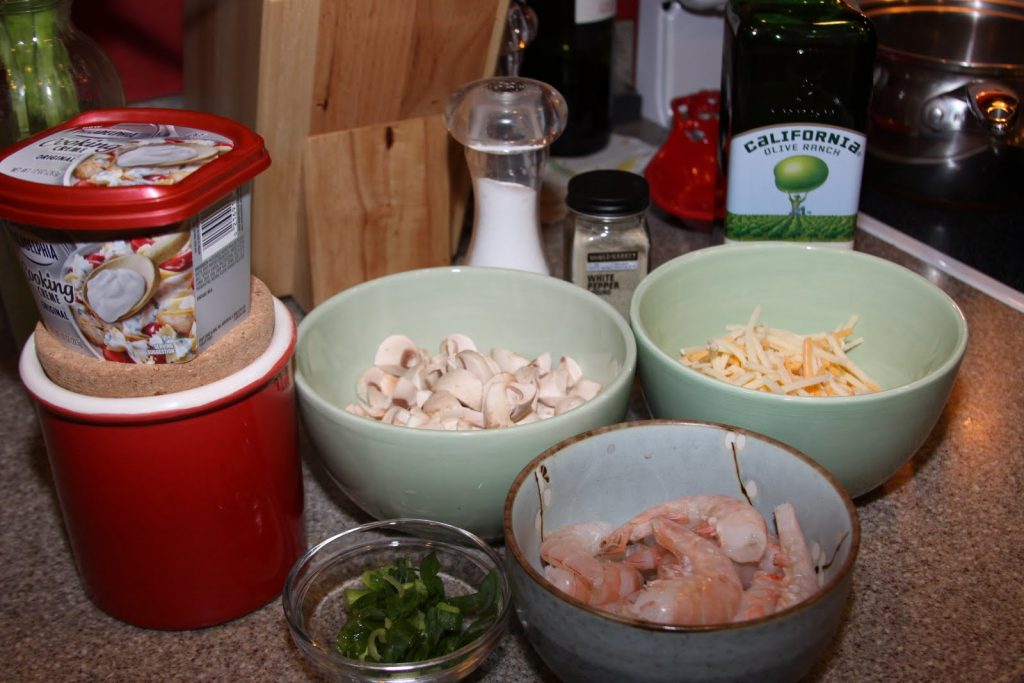 The makings of a Spectacular Seafood Spud! 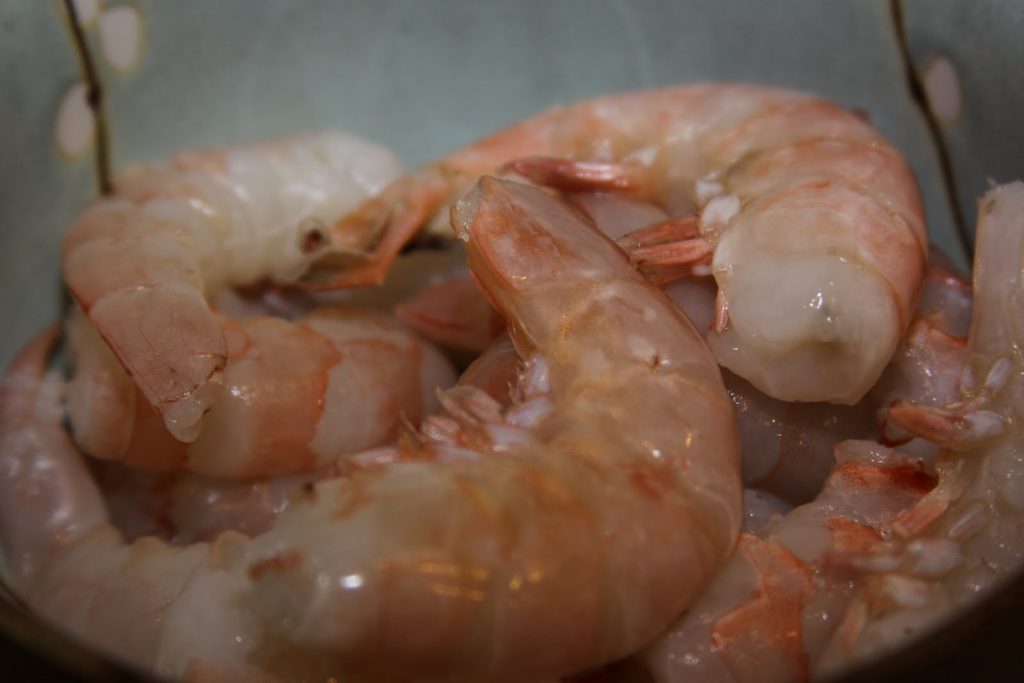 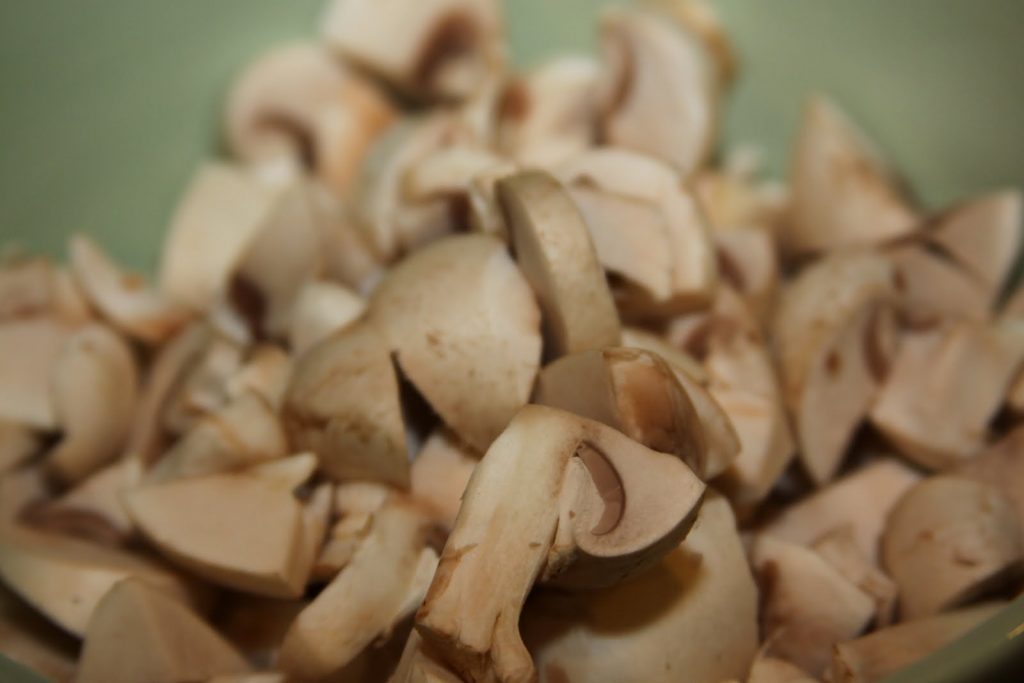 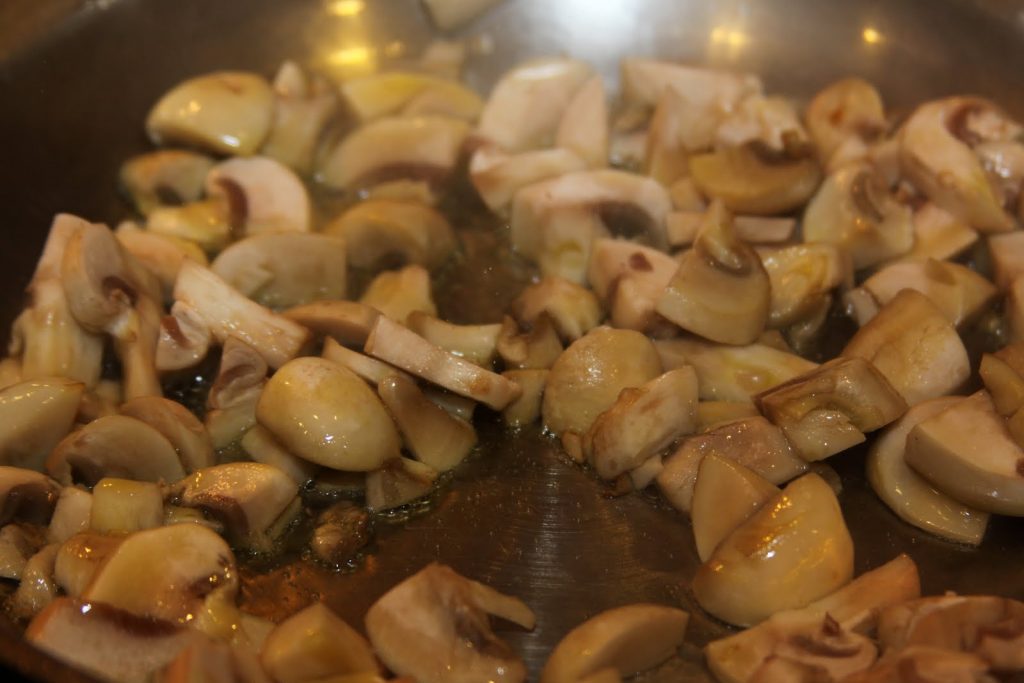 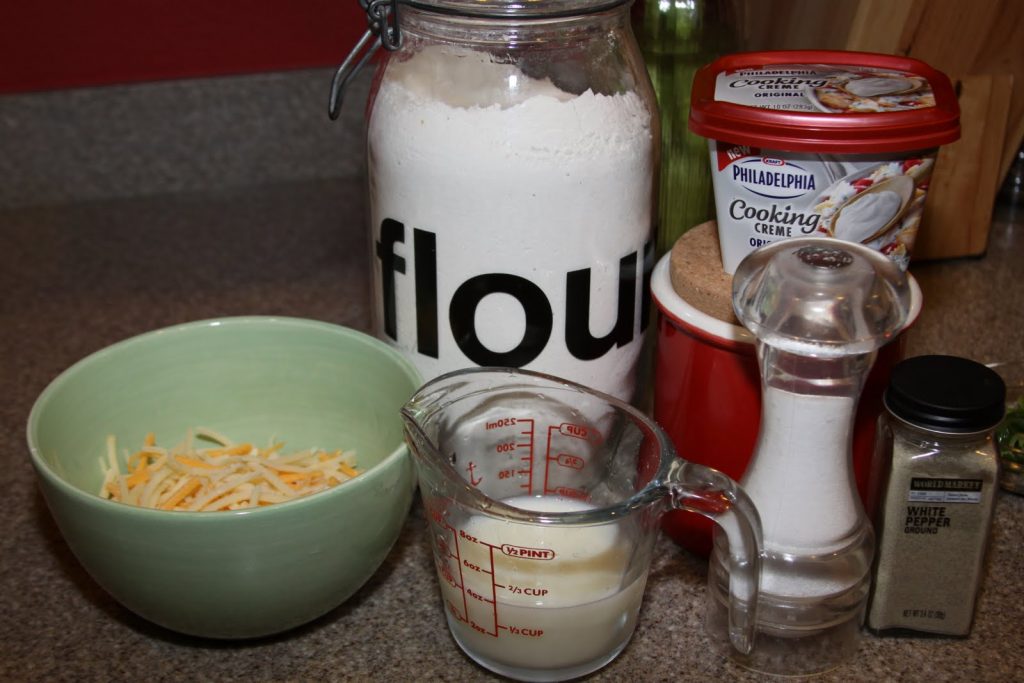 The ingredients for the creamy cheese sauce.

Make a roux with butter and flour then add
the Cooking Creme and shredded Triple Cheedar Cheese. 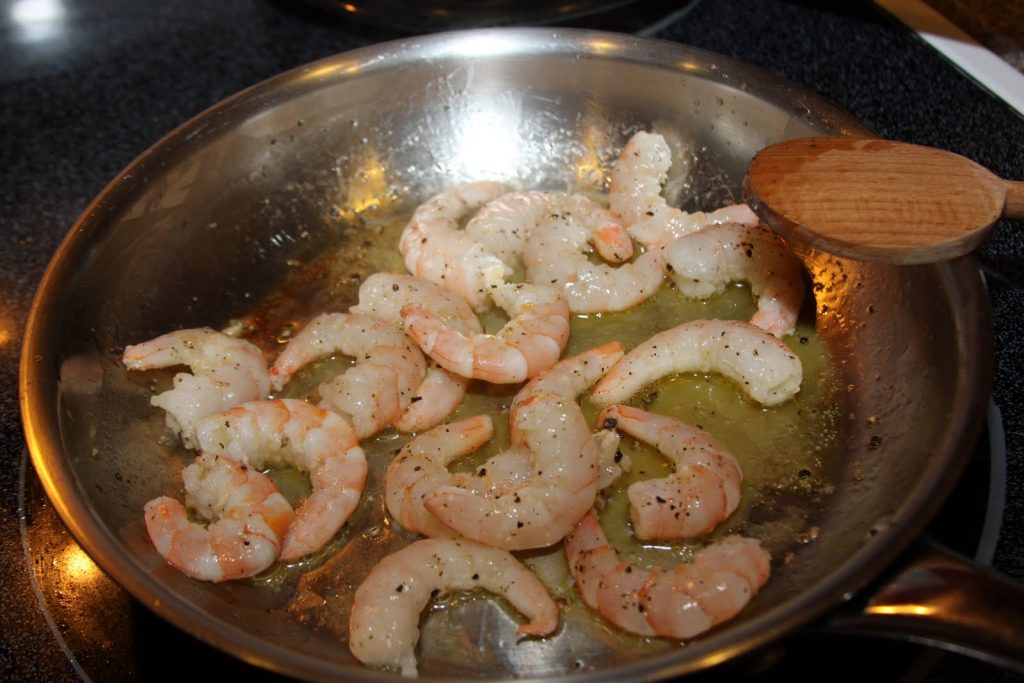 Saute the peeled shrimp in olive oil and season with salt and pepper. 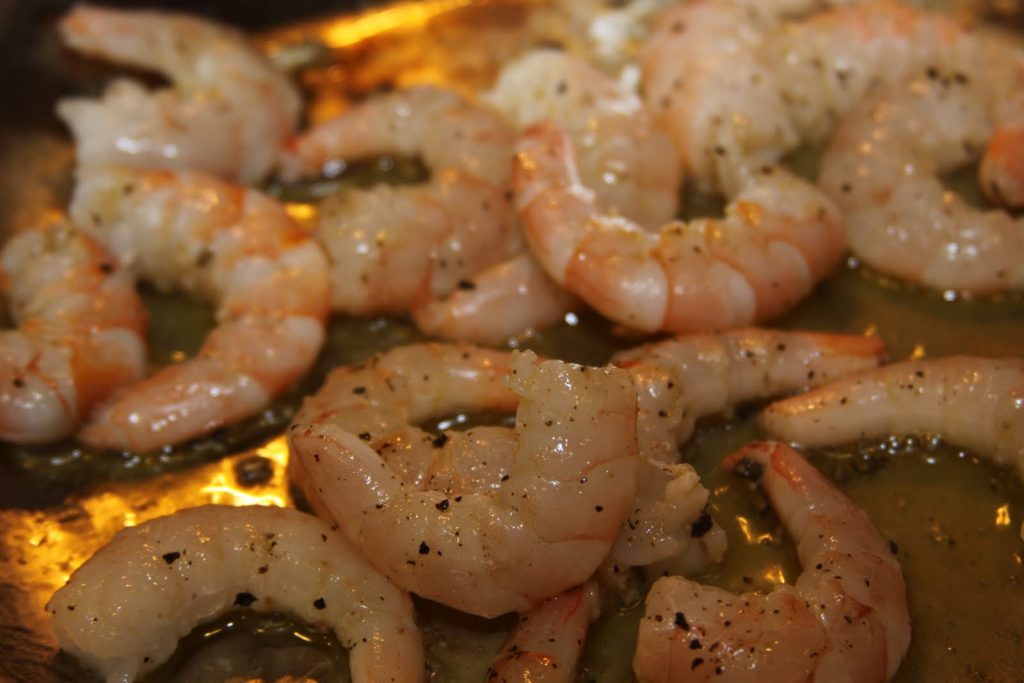 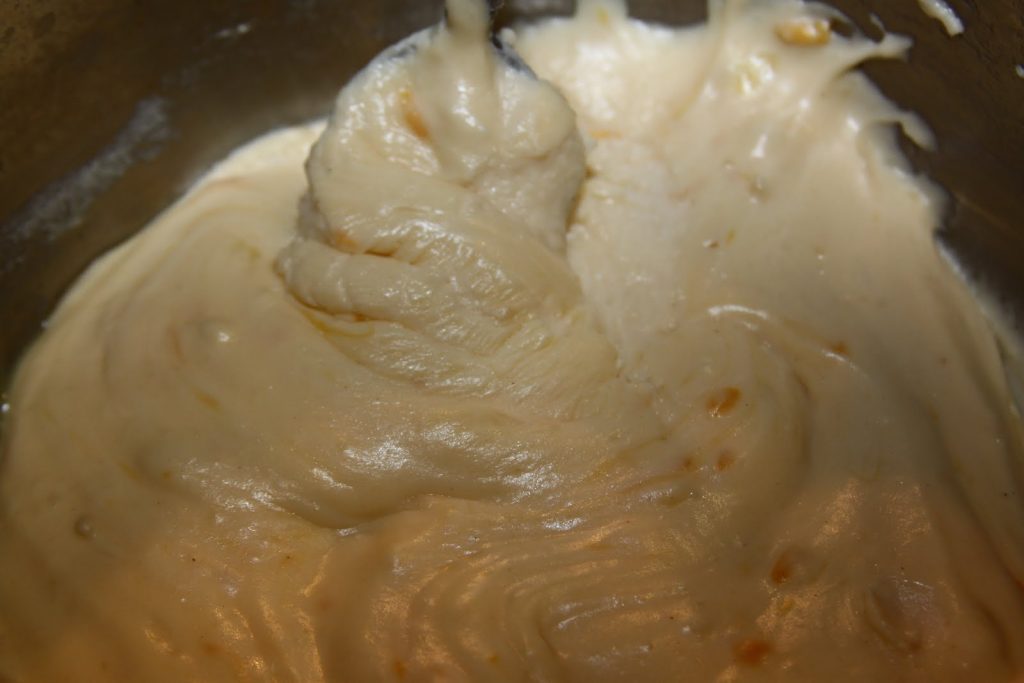 Our creamy cheese sauce has melted down and thickened!

How to make a “McAlister’s Spud”:
1. Cut off the end of one side of each potato.
2. Split potatoes open and press cut ends together. 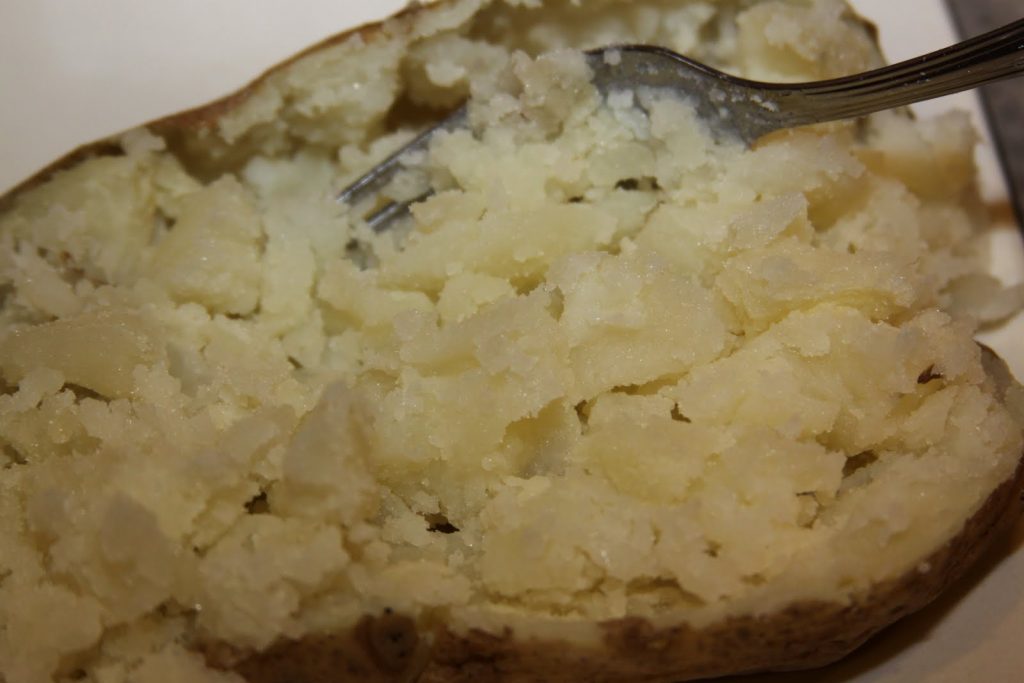 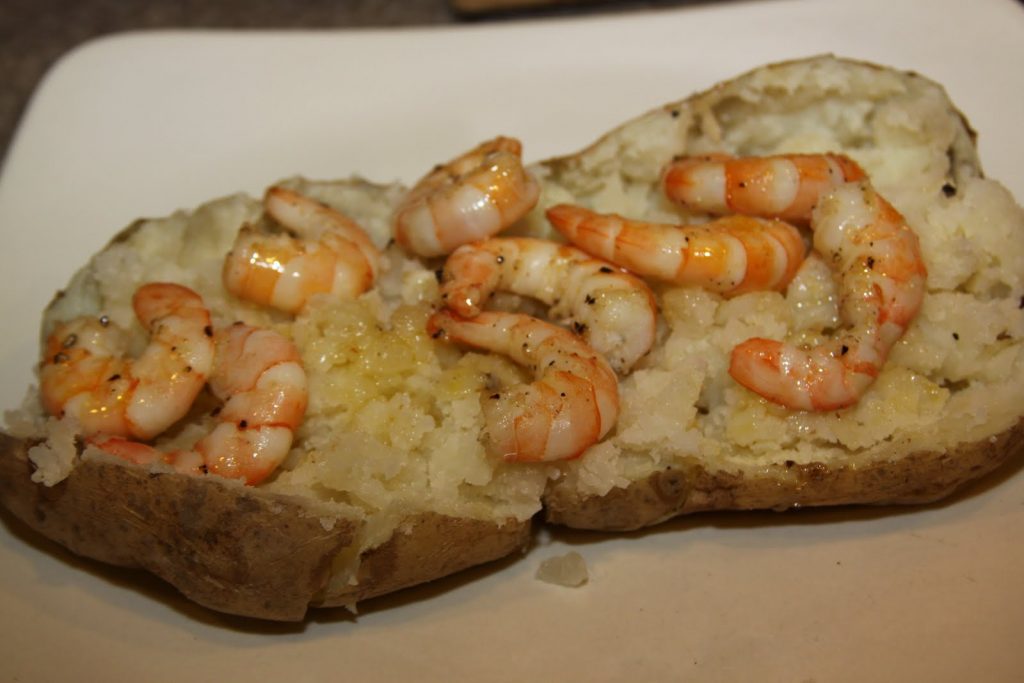 Add mushrooms and shrimp to the potato. 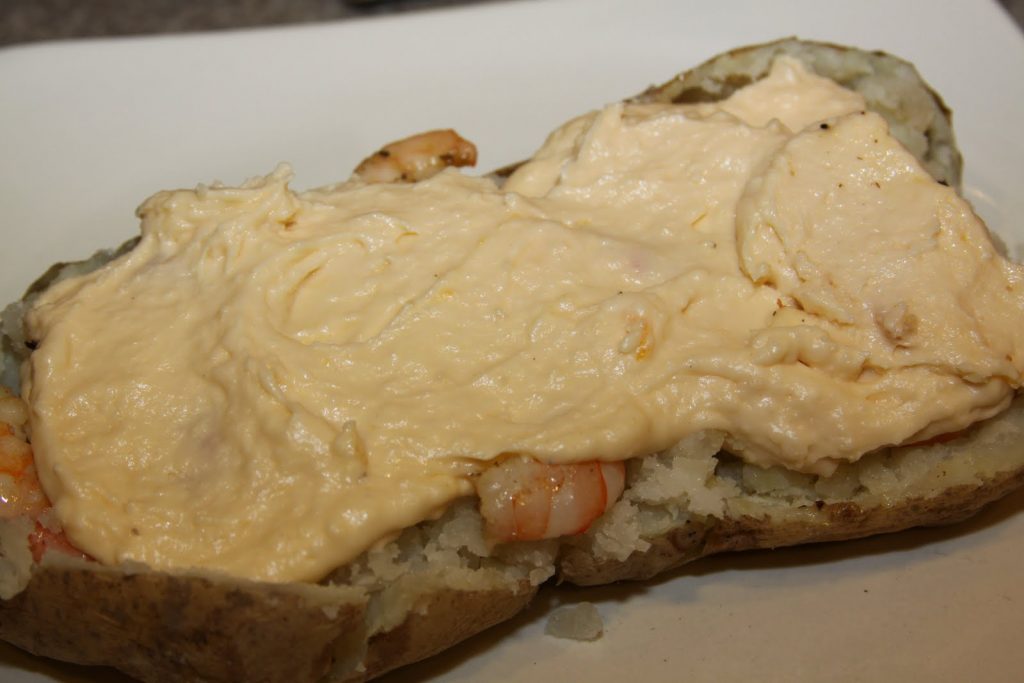 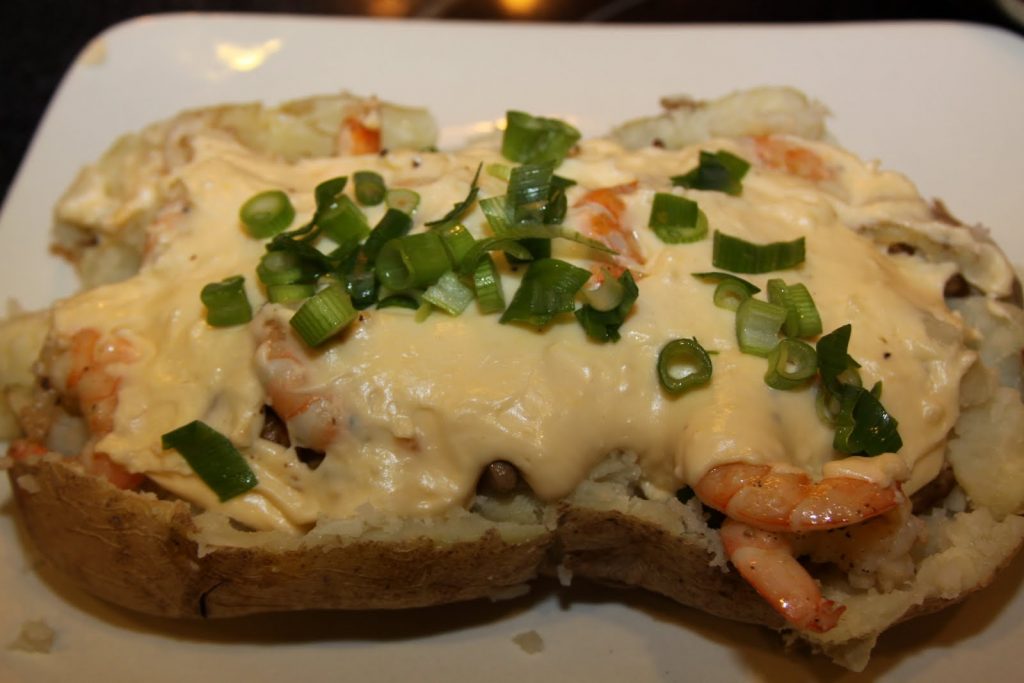 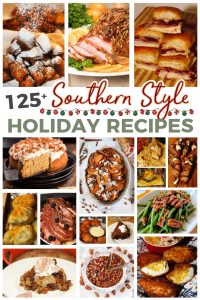 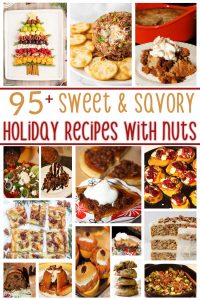 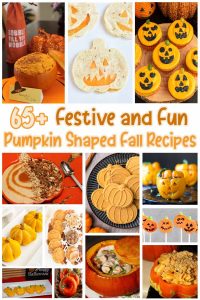 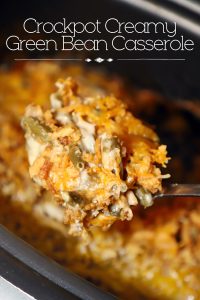 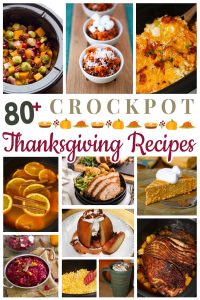